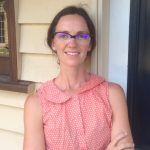 “After reading the State government’s proposed reforms, I don’t see any changes that are outside the parameters of basic human respect and dignity,” says Cate, a South-East Queensland resident and landlord with two rental properties. In her opinion, the reforms will provide a better opportunity for the two-way relationship between a tenant and landlord to be fulfilled.

“If landlords want to earn money off a rental property, they have a responsibility to respect the people living in those homes,” she explains. “At the same time, tenants have a responsibility to look after the house and pay their rent on time. It’s a two-way street, and we need to look after each other.  When I sign a contract with a tenant, I expect that income because it pays my bills. They sign the contract and expect a place to call home where they can enrol their kids in school, access health care and go to work.”

Cate’s ability to understand the supportive relationship between tenants and lessors means she endorses the overall package.

When asked her opinion on proposed reforms to end without ground evictions, Cate says, ‘’If either of us have to end this agreement early, there has to be a reason. Making those reasons really specific is very important. Anything outside of the proposed reasons would probably be discriminatory and should not be allowed.”

Cate also understands that minimum housing standards are essential for both tenants and lessors, and they aren’t about bringing a house up to five-star standards. “No one is asking landlords to install ducted air-conditioning. It’s just about making sure a house is waterproof, that the kitchens and bathrooms work, and there isn’t a vermin problem,” she explains.

“If you own a rental property and you aren’t able to fulfil your duty to provide a safe and secure home, you shouldn’t have the property on the rental market,” Cate says. “And if it’s going to be a financial burden to bring your property up to standard for tenants, landlords need to make adjustments to their financial arrangements so the house can be made safe by them, or a new owner”

“The main point to remember is that to an extent, fair and ethical tenancies already happen. We don’t need to sensationalise the changes or fear the worst,” says Cate. “The changes safeguard both landlords and tenants and set fair and reasonable standards as the norm, not the exception.”